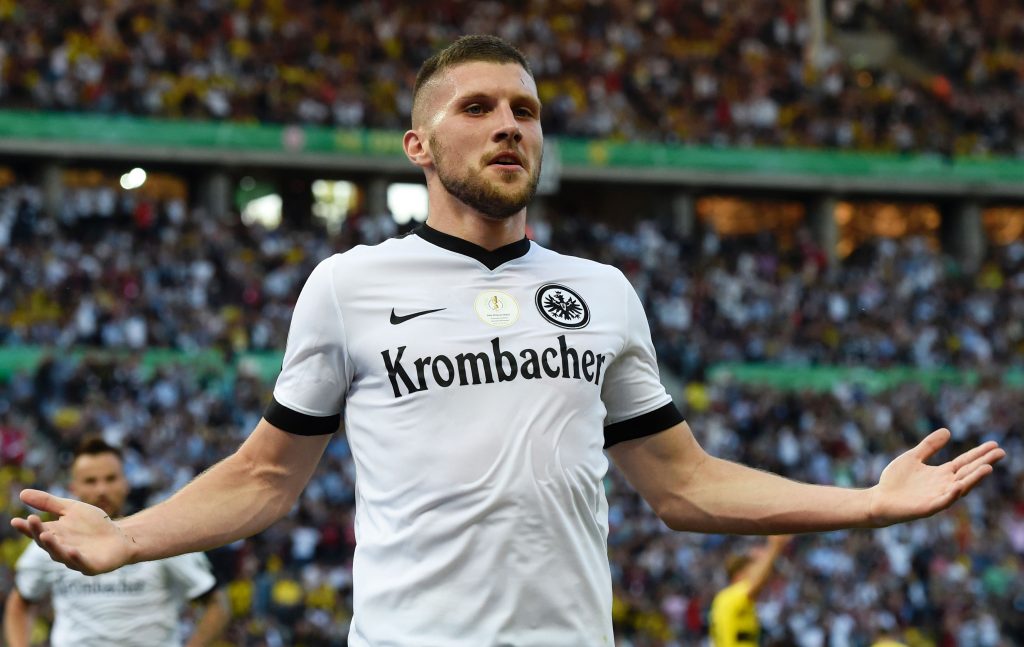 Ante Rebic want to swap Frankfurt for Milan and he will get it his way. The Croatia international has done his best to make a move happen to the seven-time champions of Europe, after showing his eagerness to leave the club.

Rebic’s performances at the start of the season have not been spirited, especially not after it was publicly announced that he will not be leaving the club despite interest of many clubs, one of them being AC Milan. Coach Adi Hutter also complained that he will have to show it if he really wants to stay at the club and improve his performances.

The response from the temperamental Croat was the straight red card against Strasbourg in crucial Europa League qualifier inside the first half. And it was no wonder today when Eintracht announced he would be leaving the club on a two-year loan to AC Milan, with the Portuguese Andre Silva going the other way around to replace him.