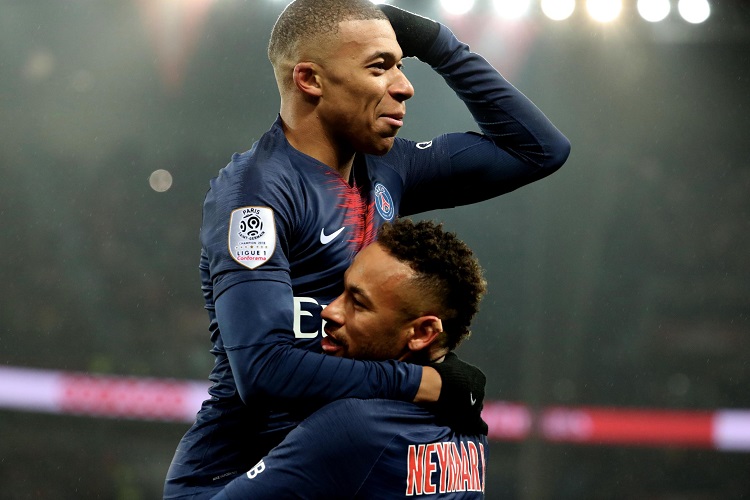 Speaking in an interview with French outlet TF1, Neymar expressed a desire to stay at Paris Saint-Germain, as well as a hope that Kylian Mbappe will do the same.

There has been plenty of speculation surrounding the two stars. Mbappe is being linked with a big-money move to Real Madrid year after year, with Liverpool occasionally mentioned as a possible destination as well. As for Neymar, it’s been no great secret that he once sought to return to Barcelona after he left the Catalan club in a world-record deal. In the summer of 2019, he went as far as handing in a transfer request and was consequently told by the fans he was unwanted at the Parc des Princes.

However, things have obviously changed much in the last 18 months, as the 28-year-old Brazilian admits himself.

“I am very happy today,” he said. “I feel happy. Things have changed a lot, I can’t exactly explain why – if it’s just me, or something else has changed. But today, I am feeling good. I have adapted. I feel calmer and I’m very happy here.”

Real Madrid are still hopeful of landing Mbappe, as continuous reports in Spain claim, and they’ve already secured over €100m towards that venture despite their finances being heavily hit by the Covid-19 crisis. But Neymar obviously realizes the importance of having such players around him.

“I want to stay at PSG, and I hope Kylian will stay too. Of course, that is the wish of every PSG supporter.

“We want PSG to be a great team, and I want to continue doing what I’ve done every day in Paris – play football and be happy. That is the most important thing.”