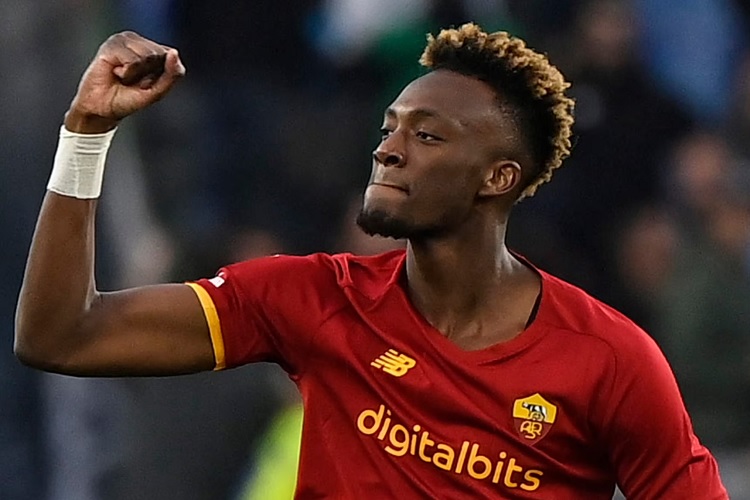 AS Roma will not be entertaining any offers for Tammy Abraham during this summer’s transfer window, according to Italian transfer expert Fabrizio Romano.

Abraham joined AS Roma from Chelsea last year, after the London Blues agreed a deal to bring back Romelu Lukaku to the club on top of numerous other high-quality options in attack. The 24-year-old obviously wanted more exposure to regular game-time, and Roma boss Jose Mourinho jumped at a chance to boost his own goalscoring section in the Italian capital. Roma reportedly paid a fee €40 million to complete the deal, which includes a buy-back clause allowing Chelsea to take Abraham back for double the amount.

That clause, however, does not come into effect before the summer of 2023, and with Abraham’s contract running until 2026, Roma are in a strong position to rebuff all advances. It is well for them, of course, with Abraham’s quality and age where he is yet to reach the peak of his career certain to attract plenty of interest among the top European clubs.

Abraham was a product of the Chelsea youth setup, and even before he was promoted to the first team in 2017, he had a season-long loan to Bristol City. Afterwards, he had temporary spells with Swansea City and Aston Villa.

He returned to the parent club in 2019, the which saw Chelsea hit with a transfer ban as well as part ways with Eden Hazard. That was the season when Frank Lampard gave Abraham a chance to compete for the starting spot, and though his performances were far from bad, the club still felt the need to spend a lot of money on the likes of Timo Werner, Kai Havertz, Christian Pulisic and Hakim Ziyech in 2020, adding Romelu Lukaku to the mix last year. There was clearly no place for Abraham in their plans at that point.