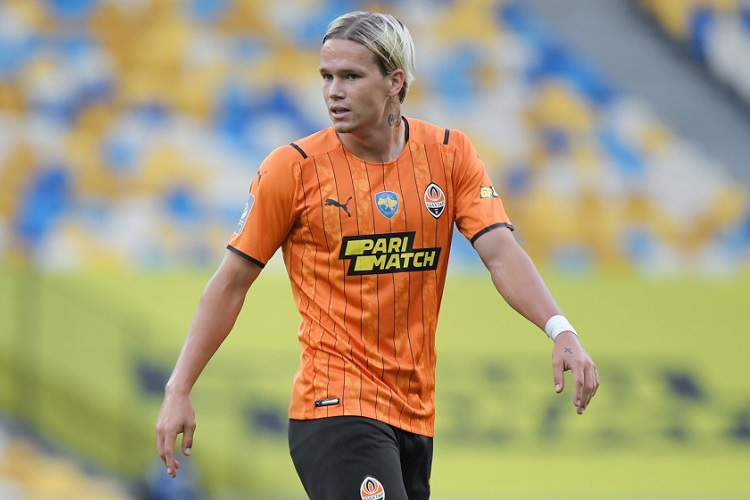 By looking at a number of reports coming from all over Europe, it seems quite a race is brewing in the Premier League for the services of Shakhtar Donetsk’s Mykhaylo Mudryk.

The 21-year-old winger himself recently spoke about the attraction of playing in the English top flight and said it would be hard for him to say no. He even mentioned Arsenal as a club where he could picture himself playing, and the Gunners are one of the clubs said to be keen on his services. Apparently, Arsenal were indeed interested in Mudryk after their attempt to sign Raphinha failed, but they were eventually put off by Shakhtar’s valuation of around £30 million.

Liverpool are also believed to be keeping an eye on developments, eager to add some cover for Luis Diaz and Mohamed Salah on their attacking flanks, as are Everton, though many see the Toffees as outsiders in this race.

But all three clubs, Arsenal, Liverpool and Everton, will be bracing themselves for the latest entry – Newcastle. Apparently, the Magpies are ready to pay as much as £50m for Mudryk as their new owners, the Saudi-backed Public Investment Fund, seek to build a team capable of competing for major honors on a regular basis.

Predominantly a left winger, although capable of playing on the right or as a No. 10 through the middle, Mudryk is a product of Shakhtar’s academy with seven caps as a Ukraine international to his name. This term, he’s had five goal involvements (two goals and three assists) in as many matches in all competitions for the club.