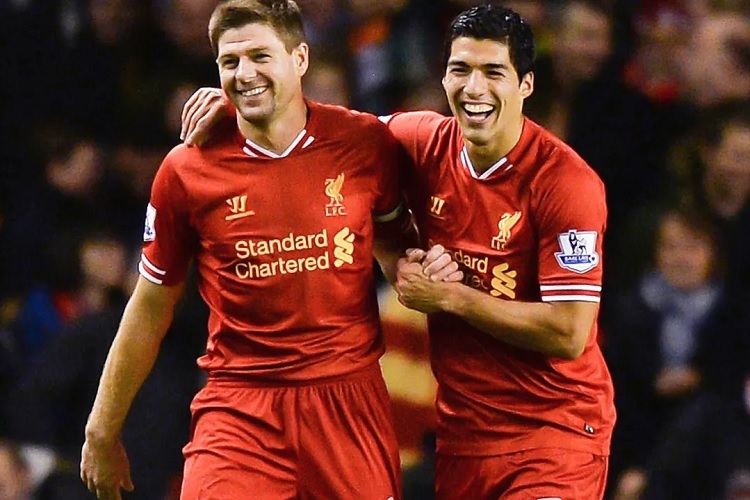 Aston Villa are exploring the possibility of signing Luis Suarez on a free transfer after Atletico Madrid released the veteran striker at the end of the season, according to The Telegraph.

Apparently, working with the 35-year-old again is a dear wish of Aston Villa manager Steven Gerrard, after the pair of them spent three and a half years playing together at Liverpool. However, Suarez would prefer to remain in Spain, which means Gerrard faces a similar task to the one he attempted in 2014, when he did his best to convince Suarez not to leave Liverpool for Barcelona and failed.

The controversial striker, suspended several times in his career for biting opponents and a racist outburst towards Manchester United defender Patrice Evra, enjoyed an extremely fruitful six-year spell at Barcelona, but his departure from the Camp Nou in 2020 was rather unceremonious as Ronald Koeman, the head coach at the Catalan club at the time, informed him by telephone that his services were no longer needed.

Suarez then joined Atletico and played a big role in their run to the La Liga title the following season, but now it seems he’s fallen out of favour with Diego Simeone as well.

Gerrard has already brought in one former teammate in Philippe Coutinho, who also played with Suarez both at Liverpool and Barcelona. His employers have also brought in centre-back Diego Carlos from Sevilla to boost the competition in the heart of defence, particularly needed in the light of recent serious injury suffered by Ezri Konsa.