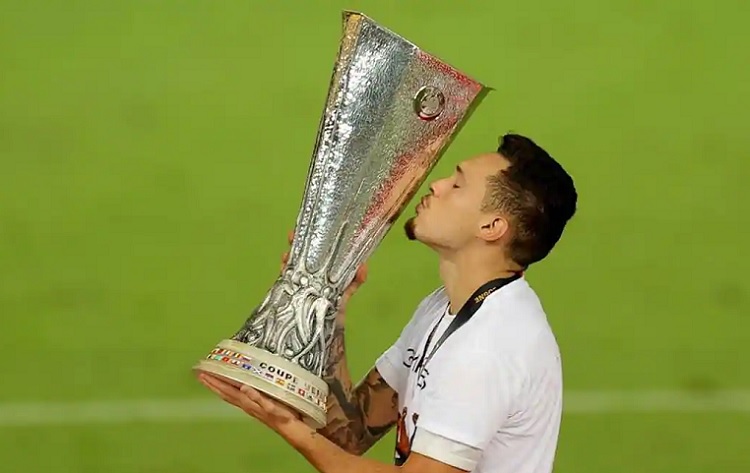 As recently reported by Sky Sports, Wolverhampton Wanderers are interested in signing Lucas Ocampos from Sevilla.

Sevilla were the team that knocked Wolves out of the Europa League in the quarterfinals by beating them 1-0. Ocampos was the man who scored the decisive goal just two minutes before the 90 were up, and it seems Wolves boss Nuno Espirito Santo was impressed by the winger’s performance.

A player who prefers playing on the right attacking flank but is capable of doing well on the left as well, the 26-year-old arrived to Sevilla from Olympique Marseille only last year for a reported fee of €15 million. He made a total of 44 appearances for the Spanish side in all competitions, scoring 17 goals and laying on five assists. He first helped the team secure Champions League football for next season by finishing fourth in La Liga, and then win the Europa League as well.

Ocampos is under contract with Sevilla for four more years, and though the deal contains a release clause amounting to £62 million, the club could be willing to part ways with him for a significantly lower sum of around £40m.

That would still be too much for Wolves unless they raise funds by through player sales first. That is apparently exactly the scenario which the Premier League club are considering, though, with Adama Traore occasionally named in that aspect. Ocampos would likely represent a worthy replacement for the 24-year-old Wolves star.

Traore has recently been linked with the likes of Liverpool and Manchester City.