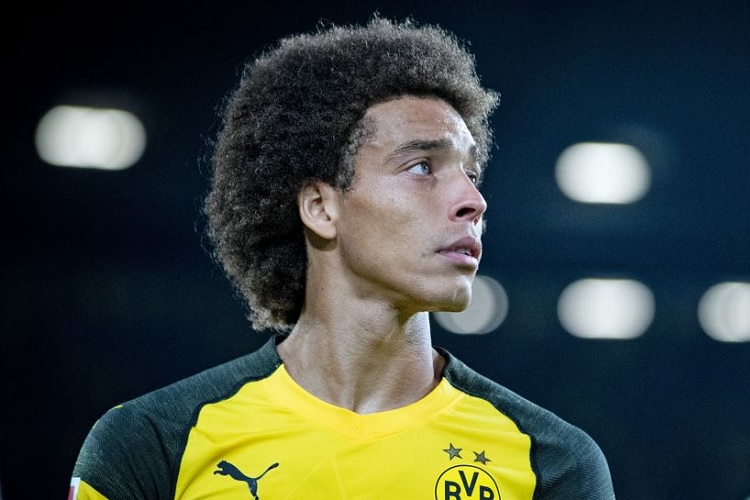 Atletico Madrid are set to complete the signing of Axel Witsel from Borussia Dormund as a free agent, as reported by Fabrizio Romano.

The midfielder rose through the youth ranks at Standard Liege and earned first-team promotion in 2006. He later played for Benfica and Zenit St. Petersburg, before spending a year in China with Tijanjin Tianhai. Dortmund signed him in the summer of 2018, and he’s played a total of 143 matches for the German vice-champions, scoring 13 goals and producing six assists from his position just ahead of the back line. He’s been a Belgium international since 2008 and has so far racked up 124 caps for his country.

There has been plenty of speculation about Witsel’s future over the past couple of months. Olympique Marseille were said to be leading the race, Chelsea were reportedly monitoring the situation too. Nonetheless, it seems that the 33-year-old will be continuing his career in the Spanish capital, playing at the Wanda Metropolitano under the command of Diego Simeone.

The talks between the La Liga side and Witsel’s representatives didn’t go too smoothly at first, with several proposals from Atletico turned down. In the end, the player accepted an offer for which he was assured would be the final one. The contract will last for one year, which means Witsel’s future will most likely be a hot topic over the upcoming season as well.

In 2020/21, Witsel suffered an Achilles tendon tear which kept him out of action for the entire second half of the campaign, but in 2021/22, he was unavailable for selection only once, due to an infection.

Axel Witsel, set to sign with Atletico Madrid on a one-year contract as reported last Sunday. It was never a done deal with OM – just talks but Witsel is prepared to accept Atléti’s final proposal. ⚪️🔴 #Atleti