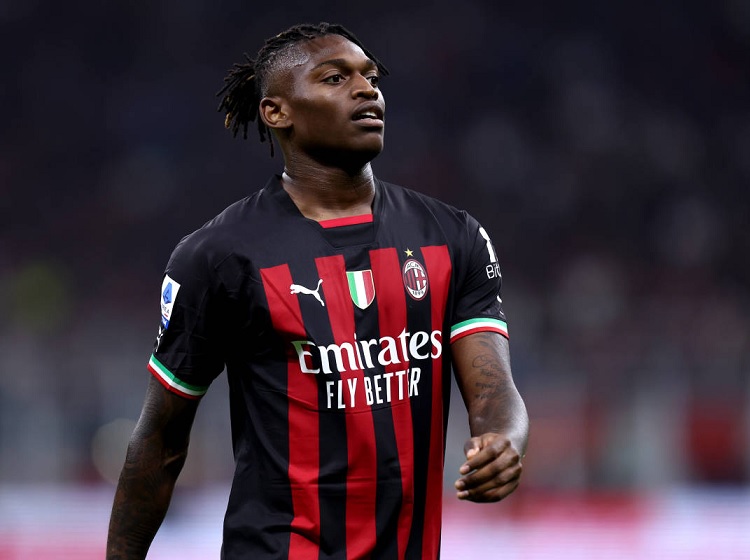 Rafael Leao rose through the youth ranks at Sporting Lisbon, and in 2018, he left to spend a year with LOSC Lille before eventually joining AC Milan for a reported fee of just under €30 million. Since then, the 23-year-old has developed into one of the most potent attacking players in Serie A, preferring to play on the left by fully capable of doing well anywhere across the front line.

With his quality clear for everyone to see, as well as his talents and formidable athleticism announcing yet more to come, it’s no surprise that there are many clubs closely monitoring his situation, which, according to Marca, has become much more interesting for potential suitors in the last couple of days.

Leao’s contract expires in 2024, which obviously means it will enter its final year come next summer unless a new one is signed between now and then. The reigning Serie A champions are aware of the role he played in their successful Scudetto hunt last season and they’re prepared to offer him a new contract, which would have him receive a base salary of €5m each season. However, the player is believed to be holding out for €7m.

Leao’s father Antonio recently spoke with Portuguese outlet Record, and mentioned by name some of the clubs whose interest in the young winger has been reported.

“We are negotiating with Milan, because Rafa has a contract that expires in 2024,” he said about his son’s situation.

“There is still time before 2024, and we will deal with everything. From Real Madrid, Barcelona or Chelsea.”