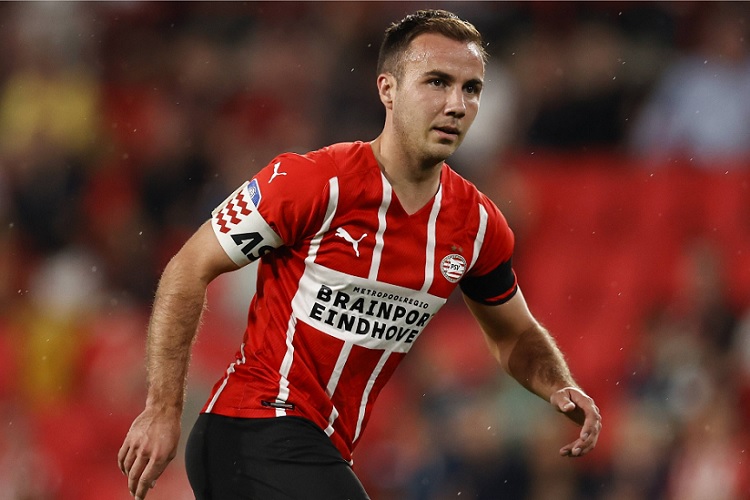 As reported by Fabrizio Romano, Mario Gotze could leave PSV Eindhoven this summer with strong interest coming from Eintracht Frankfurt, Benfica and Inter Miami. All three clubs are prepared to meet the release clause in his contract set at no more than €4 million, while the contract itself runs until 2024.

Haven taken his first football steps elsewhere, Gotze joined the youth ranks at Borussia Dortmund in 2001, when he was just nine years old. He rose to earn first team promotion in 2010, at the time when the team led by current Liverpool boss Jurgen Klopp was starting its two-year reign in German football, winning consecutive Bundesliga titles. Those were the last seasons when any club not called Bayern Munich held the crown in the country.

Having subsequently helped Dortmund reach the Champions League final, Gotze caused an uproar with the club’s fanbase in 2013 by joining Pep Guardiola at Bayern for a reported fee of €37 million, but he’s never quite been the same player since as injuries kept hampering his contribution severely. His time at the Allianz Arena ended three years later, with a rather unceremonious return to the Signal Iduna Park for €15m less.

Injuries and illness continued gnawing at his efforts, and in 2020, he was released at the end of the contract and chose PSV as his destination. Since then, he’s gone on to play in 77 matches in all competitions for the Dutch club, scoring 18 goals and producing as many assists.

Now 30, Gotze has the option of returning to Germany with Eintracht, going to Portugal to try and aid Benfica’s attempts to regain the Portuguese crown after the departure of Darwin Nunez, or moving across the Atlantic to join the venture owned by David Beckham. As it stands, the choice is his.

All these clubs are prepared to trigger the release clause into his PSV contract for €4m. pic.twitter.com/7ZhFkj7pup