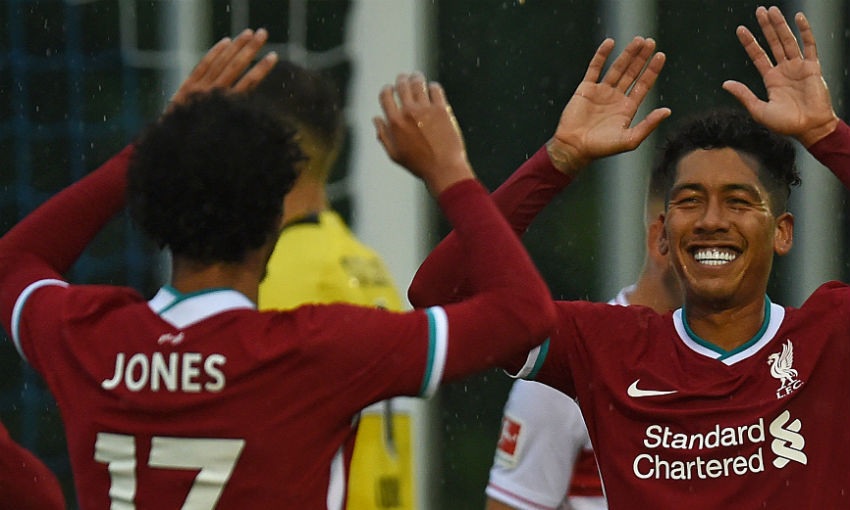 Liverpool are currently in talks with Curtis Jones and Roberto Firmino over potential new contracts for the two players, according to a number of reasonably reliable sources. Apparently, Jones is on the verge of putting his name on the dotted line, while the negotiations with Firmino are still in progress.

Jones has been at Liverpool since the Under-nine level, and his current deal has two and a half years left to run. However, it’s expected to be replaced by a new one soon, with personal terms significantly improved to reflect his progress.

The 21-year-old midfielder, who can play a box-to-box role, as a number 10, or on the left attacking flank according to need, was officially promoted to the first team in 2020, and he has so far made a total of 81 appearances in all competitions for the club, scoring eight goals and providing 10 assists for Jurgen Klopp’s team. He was an important part of Liverpool’s successful efforts in both domestic cups in England last season and has been awarded the 2019/20 Premier League medal as well, having played six league matches towards the end of the historic campaign.

Meanwhile, Firmino has been a crucial part of everything Liverpool have done since Klopp took over. Together with Mohamed Salah and Sadio Mane, he was a part of an attacking line that tormented defences in England and the rest of Europe for years, with 107 goals and 78 assists in 348 matches in all competitions. Further more, he’s been one of the few standout performers for Liverpool during what has so far been an underwhelming season.

Firmino’s current contract runs out next summer, and though many believed the ever-smiling Brazilian would be leaving Anfield soon as Liverpool seek to rejuvenate their ranks, it seems Klopp still sees him as big part of his plans.