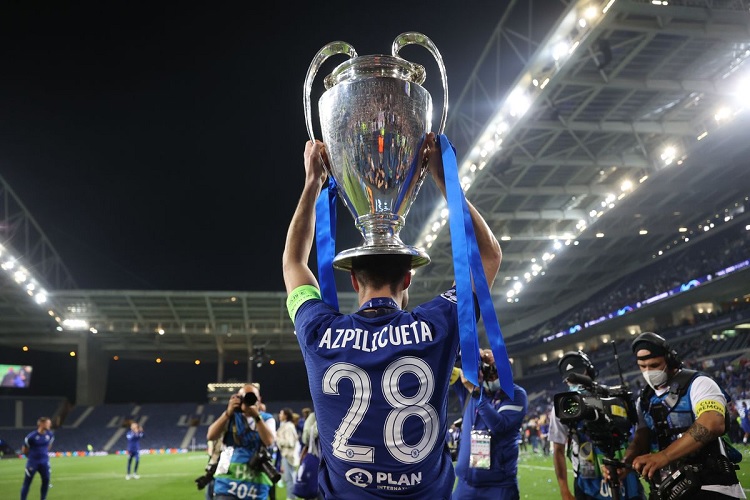 As reported by ESPN, Barcelona are keeping a close eye on the situation regarding the future of Chelsea captain Cesar Azpilicueta.

Born and raised in Pamplona, Azpilicueta rose through the youth ranks at Osasuna and spent two years at Olympique Marseille, before arriving to Stamford Bridge in the summer of 2012 for a reported fee of just over €8 million. Since then, he’s made a total of 442 appearances in all competitions for the club, establishing himself as a regular part of the back line under every manager he’s worked with there. He’s helped the team win the Premier League twice, the FA Cup and the League Cup once each, and the Champions League last season. Having spent most of his career on the right side of a four-man defence, Azpilicueta has performed well on the left too, as a right wing-back, or a right-sided centre-back in a line of three.

However, the future of the 32-year-old remains up in the air at the moment. His current contract, signed in December 2018, expires at the end of this season, and though Chelsea are believed to be hopeful of an agreement being reached soon, they have rarely been too willing to hand out long-term deals to players over 30.

As for Barcelona,  their financial situation remains difficult, following a summer which saw them part ways with Lionel Messi and sign players like Eric Garcia, Sergio Aguero and Memphis Depay on free transfers. They were also close to wrapping the deal up for Georginio Wijnaldum, but the former Liverpool midfielder eventually chose Paris Saint-Germain instead.

It seems that the Catalans aren’t ready to abandon their policy of going for top players on free transfers just yet.