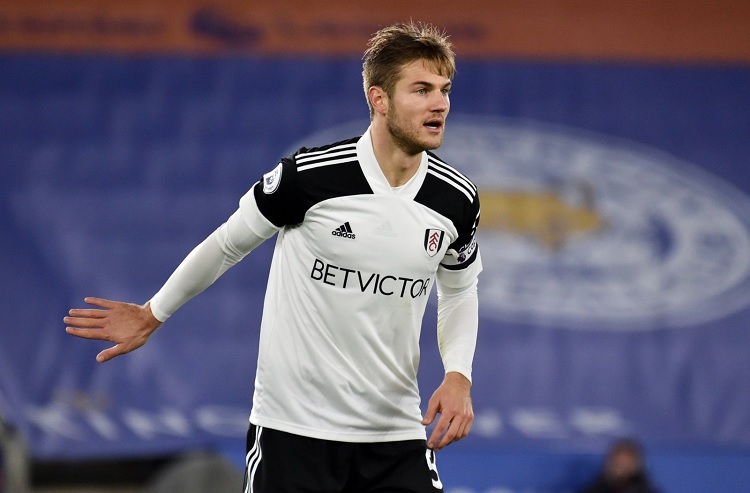 Tottenham Hotspur are interested in signing Joachim Andersen, currently with Fulham on loan from Olympique Lyon, according to Sky Sports.

The defender spent time at several Danish clubs as a youngster, including Midtjylland, before moving to Netherlands to join FC Twente’s Under-19 side and eventually reaching the first team there. In 2017, he was sold to Sampdoria and moved on to Lyon two years later for a reported fee of €24 million.

However, he hasn’t been able to establish himself as a regular member of the starting XI with the Ligue 1 side, and was consequently shipped out on loan to Craven Cottage last summer. Since then, he’s made a total of 30 Premier League appearances for Fulham, scoring and assisting once apiece, and he’s even worn the captain’s armband for Scott Parker’s team for most of the season.

The loan deal is about to expire and he is due back in France at the end of June, but he could still end up staying in London. Arsenal are also believed to be interested in his services, but it’s Spurs who lead the race at the moment.

The centre-back positions at Spurs have mostly been filled by Toby Alderweireld, Davinson Sanchez and Eric Dier this term, with 23-year-old Joe Rodon also in the mix, and the proposed addition of Andersen would provide some added competition. Lyon apparently want around £20m for the four-time Denmark international, whose contract is set to run for three more years.

Apart from transfer activities involving players this summer, Spurs are yet to appoint a manager on a permanent basis, with Ryan Mason currently acting as the interim boss since the sacking of Jose Mourinho last month.