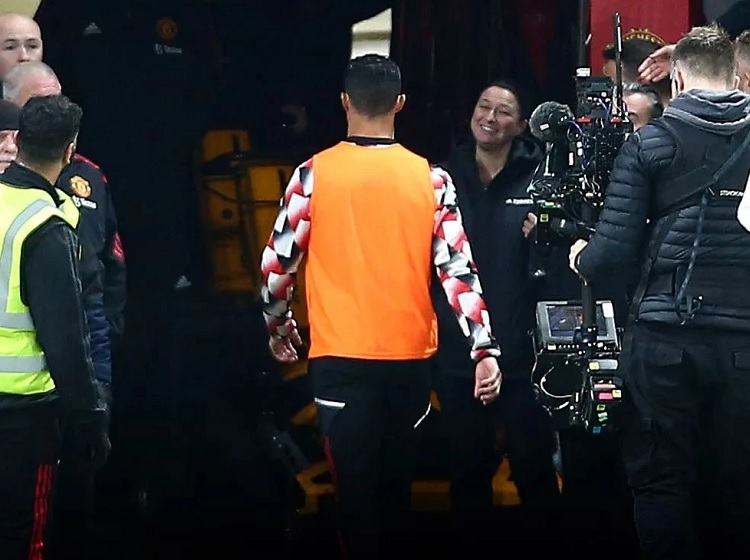 Cristiano Ronaldo has given a scathing assessment of everything that has been going on at Manchester United in the last couple of years. The ill-advised interview comes in the wake of a summer when he tried to force a move away from the club, and a controversial moment in the 2-0 win over Tottenham Hotspur at Old Trafford last month when he refused to be a late substitution by manager Erik ten Hag.

Speaking to Piers Morgan, a rather controversial name in the British press himself, Ronaldo openly said he didn’t respect Ten Hag because the Dutch tactician did not respect him. He apparently feels betrayed by the club, and put out a very damning assessment of everything that’s been going on, both on and off the pitch; mostly off.

Ronaldo returned to Manchester United last year following nine stellar seasons with Real Madrid and three with Juventus, with five Ballon d’Or awards and as many Champions League medals to his name. It seems he believed he would be the flag around which the club would rally as they strive to return to the very top of English and European football, but Ten Hag, appointed to oversee the overhaul himself, sees things differently.

Be that as it may, United are still officially considering their response to Ronaldo’s indiscretion, though there have been reports about their alleged intention to fine the 37-year-old striker £1 million. The fine itself, if true, will bother the Portugal captain little, but he obviously cannot escape severe consequences of other kind.

As he embarks upon his country’s World Cup adventure in Qatar, Ronaldo has already felt some coldness from Bruno Fernandes, his teammate at both levels, and once the tournament is over and the time comes for him to return to the Carrington training ground, he’ll probably learn that there are others there who won’t be too happy with his words.

There is very little chance for any club to offer any kind of fee for his services in January, which will only make matters worse for him unless the player and the club come to an agreement to terminate the contract, set to run otherwise until the end of the season. There was talk about a potential move to Chelsea, Paris Saint-Germain or a return to Sporting Lisbon, but none of that seems particularly likely to happen.

Terminating the contract appears to be the best course of action for both parties at the moment. Neither will United want to continue paying Ronaldo’s enormous wages for his toxic presence in the dressing room and nothing else, which can only bring needless distraction as they strive to compete at the top, nor will he want to stay at the club and play a marginal role, which is obviously all Ten Hag expected from him and probably doesn’t expect even that anymore.

It remains to be seen where this situation leads Ronaldo and United in the end, but it seems the Portuguese superstar is doing whatever he can to burn the bridges between them.