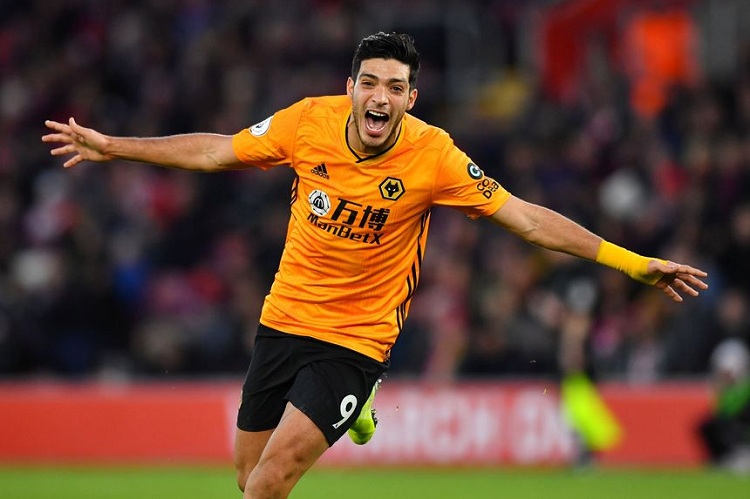 Raul Jimenez joined Wolverhampton Wanderers initially on a season-long loan in the summer of 2018 for a reported loan fee of €3 million. A year later, the deal was made permanent and Wolves forked out another €38 million to get it done.

Since then, the striker has gone on to wear the Wolves shirt on 108 occasions in all competitions so far, netting a total of 48 goals, complemented by 18 assists.

Jimenez was strongly linked with Manchester United last winter when the Red Devils were in a dire need of a striker, but having considered Bournemouth’s Josh King as well, they ended up bringing Odion Igalo back to the Premier League on loan from Chinese Super League club Shanghai Greenland Shenhua for the rest of the 2019/20 season. United have now signed Edinson Cavani on a free transfer from Paris Saint-Germain, and their interest in Jimenez isn’t likely to be reignited any time soon.

Juventus were credited with interest in the Wolves man too as they reportedly sought for the right attacking player to partner Cristiano Ronaldo.

Speaking recently to Mexican outlet TUDN (via the Mirror), Jimenez confirmed that the interest from both United and the Serie A champions had been real. However, neither club managed to reach and agreement with Wolves, not even to get close to one, apparently, and no move happened.

“The truth is I am very happy in Wolverhampton. It’s never wrong to be in a place where you are well but they know that I am not satisfied [with my form], I always look for more”, he said.

However, he wouldn’t rule out anything for the future.

“It [a move] did not happen this time. If it happens at some point then it will have to be what is best for me, for Wolves and the team that I join.”