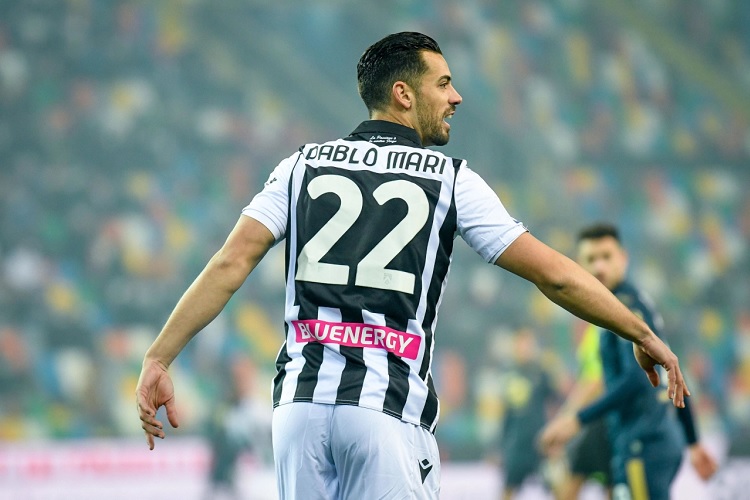 Monza, newly promoted to the Serie A, have reached an agreement with Arsenal to sign Pablo Mari on an initial season-long loan, with an obligation to make the deal permanent set to kick in providing they keep their top-flight status past 2022/23.

Pablo Marì leaves on loan deal with obligation to buy if Monza will remain in Serie A. pic.twitter.com/7kCeWAbhP4

Arsenal signed Mari in January 2020 on the back of an excellent season with Flamengo, where he won the Brazilian Serie A title as well as the Copa Libertadores, and reached the final of the subsequent FIFA Club World Cup which they narrowly lost to Liverpool. The deal included a six-month loan back to Flamengo, so he actually arrived at the Emirates in the summer that year.

Despite the relatively modest transfer fee (around €6 million), expectations were high when Mari joined Mikel Arteta’s ranks. He was expected by many to take charge of the back line and help create defensive stability which the Gunners lacked for years. However, his actual contribution was practically marginal, with no more than 22 appearances for Arsenal in all competitions to his name after two years.

In June 2020, the Spaniard picked up a serious ankle injury which kept him out of action for six months. In the meantime, Gabriel Magalhaes established himself as a fine player in the heart of defence, and when Ben White arrived from Brighton and Hove Albion in 2021 and struck up an excellent partnership with the Brazilian, Mari’s fate as a fringe player was set.

The 28-year-old spent the second half of last season on loan at Udinese, where he played 15 Serie A games and proved he can still do the job when called upon. Therefore, he should represent a valuable addition to Giovani Stroppa’s ranks at Monza.

Pablo Marì deal update. Arsenal and Monza are preparing documents, as Italian side will pay around €5m fee to make Pablo Marì deal permanent in case they will remain in Serie A next season. 📑🔴 #AFC

Pablo will be in Italy in the next few hours to undergo medical and sign.