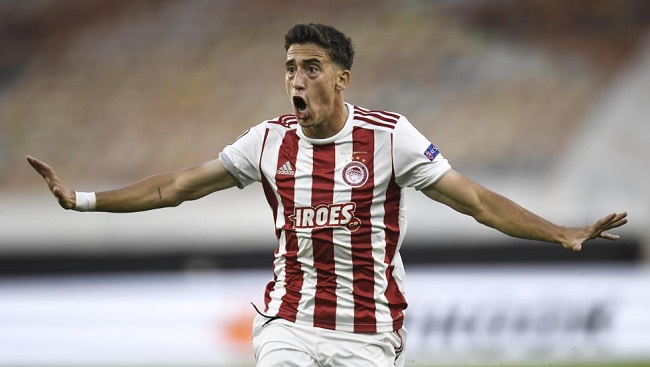 Liverpool are set to complete the signing of Kostas Tsimikas from Olympiacos in the next couple of days, according to a number of relevant sources, including Paul Joyce of The Times, James Pearce of The Athletic and Melissa Reddy of the Independent.

The 24-year-old joined the Olympiacos U-20 side in 2014, and progressing through the ranks, he was promoted to the first team only a year later. He has had loan spells with Danish side Esbjerg fB and Dutch Willem II, and established himself as an important player for Olympiacos in the last two years. This season he made a total of 46 appearances for the club, not scoring a goal but providing his teammates with six assists. He played in all six Champions League matches in the group stages.

Boasting a lot of pace, attacking tenacity and defensive responsibility, he seems just the type of player Liverpool have been looking for to provide cover and potentially competition for Andy Robertson on the left defensive flank.

The Reds were in talks to sign Jamal Lewis from Norwich City for the role, but they failed to find an agreement with the Canaries and decided to focus on Tsimikas instead. Liverpool reportedly offered around £10 million for Lewis; Norwich were adamant they wouldn’t part with the player for less than double that amount, despite the 22-year-old being keen on the move.

Be that as it may, Tsimikas has reportedly already arrived to Liverpool to undergo a medical ahead of the proposed transfer, for which Liverpool will be paying €13 million (£11.7m).