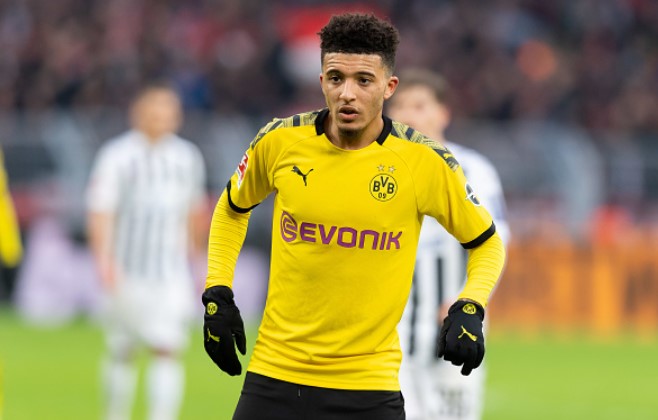 Bayern Munich are preparing to enter the race to sign Jadon Sancho from Borussia Dortmund this summer, according to The Telegraph.

Keen to progress as quickly as possible, Sancho left Manchester City in 2017 and joined Dortmund straight from City’s Under-18 side for around £7 million. Four years, 134 appearances, 48 goals and 62 assists later, he could be leaving the Signal Iduna Park as one of the highest-rated young players in the world.

Sancho was a target for Manchester United last summer, but their efforts to complete the transfer came far too late for Dortmund’s consideration, and their offer fell well short of the €120m the Bundesliga side wanted for his services at the time. Now, however, it has been confirmed that the Dortmund have a ‘gentlemen’s agreement’ to let Sancho leave under certain conditions. It is believed that a bid of around £80m would be enough.

United are still interested in his services and have so far been considered the favourites to land the 21-year-old winger, but Bayern’s desire to take him to the Allianz Arena instead is certain to complicate matters for the Old Trafford outfit significantly. Liverpool and Chelsea have been credited with interest in the past, but neither of these clubs ever made any attempt to actually sign the England international.

RB Leipzig boss Julian Nagelsmann will take charge of Bayern in the summer, and it seems he wants Sancho to compete with the likes of Leroy Sane, Serge Gnabry and Kingsley Coman for the roles on attacking flanks. Meanwhile, Douglas Costa is set to leave the club as his loan from Juventus expires at the end of the season.