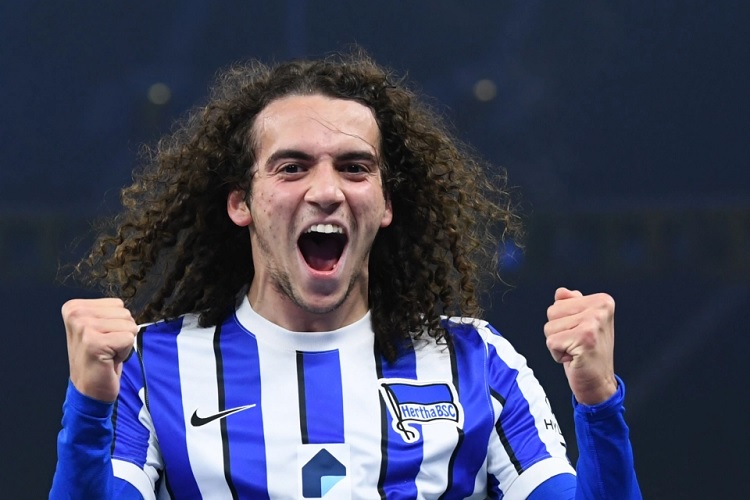 Following his controversial loan exit from the club and a spell of good form at Hertha Berlin, Matteo Guendouzi is set to be given a new lease of life at Arsenal, as reported by German outlet Bild.

The 21-year-old midfielder joined the Gunners from FC Lorient in the summer of 2018 and looked set for a bright future in north London under Unai Emery, but Emery was sacked a little more than a year later and Mikel Arteta took over.

Guendouzi’s fine performances continued for a while under the new boss, but disciplinary issues soon arose which prompted the new boss to act. The problem reached its culmination after an altercation the young Frenchman had with Brighton and Hove Albion forward Neal Maupay following Arsenal’s 2-1 defeat at the Amex last season, and he hasn’t worn an Arsenal shirt since. Together with technical director Edu, Arteta tried to hold a sensible discussion with the player, but it yielded no results. He was then excluded from the squad and sent to Hertha on a season-long loan, having had no potential buyers in the market.

But it seems things could change on that front soon. Guendouzi has been impressing for the Bundesliga side this season, and it seems Arteta is keeping his eye on him with a view of giving him another chance at the Emirates.

Guendouzi made the switch with two Bundesliga rounds already gone and missed the following two through testing positive for coronavirus. After that, he made a substitute appearance in a 1-1 draw against Wolfsburg and started all nine matches since, playing the full 90 minutes in all of them. He has scored twice and made one assist so far.