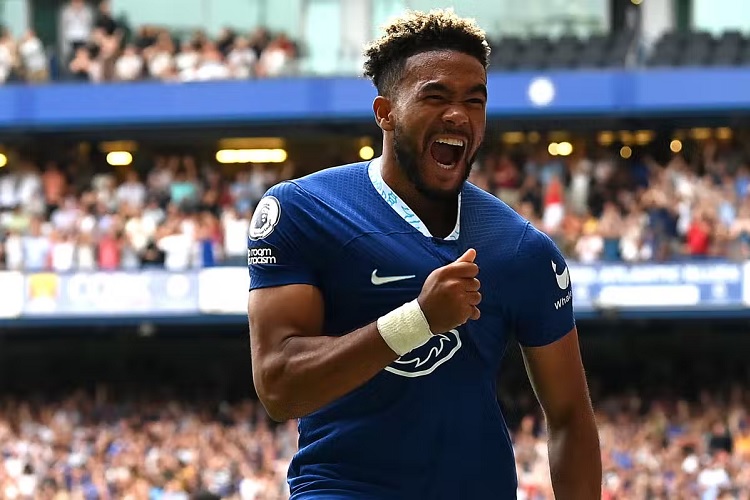 Chelsea and Reece James have reached an agreement over a new contract for the 22-year-old right-back, set to make him the best-paid defensive player in the club’s history, according to Simon Johnson of The Athletic.

The terms of the currently valid contract, which runs until the summer of 2025, have James as one of the lowest-paid players at the club, and the new owners are in agreement with the rest of the hierarchy that the progress he has shown over the last few seasons should be rewarded.

James rose through the youth ranks at the Chelsea academy, and barring a brief loan spell with Wigan where he went at the age of 18, he’s always played for Chelsea. However, Manchester City and Real Madrid are now believed to be keeping a close eye on his development at Stamford Bridge with plans for a potential swoop for his services in the near future. Chelsea, therefore, hope to send a strong message to both and any other potential suitor which might appear with this new deal, telling them to keep their hands off one of their most prized assets at the moment.

In 127 appearances in all competitions for Chelsea so far, James has scored 10 goals and provided twice as many assists. Primarily a right-back, he can play as a right-sided defender in a line of three, as well as perform the role of a wing-back. He played the full 90 minutes in the opening four matches of this season, before sitting the Southampton clash earlier this week out as a precaution.