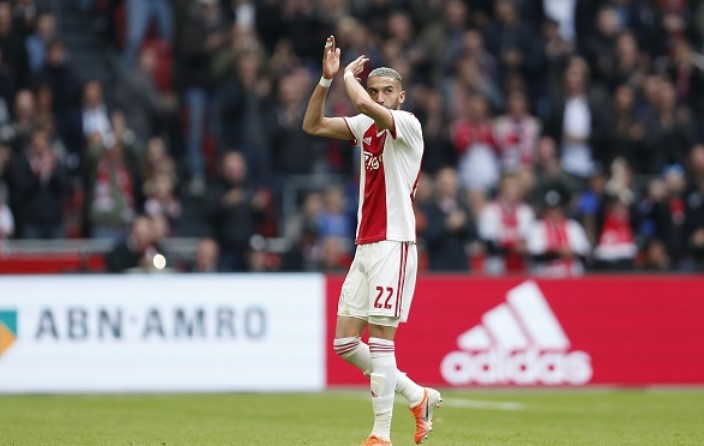 Real Madrid are not in a good place right now and there could be big changes in the next year. After their 2-2 draw that they just barely salvaged against Club Brugge at Santiago Bernabeu.

Zinedine Zidane’s reign is a shaky one these days, despite Real Madrid sitting atop of La Liga. Now the rumours are they are following three Ajax players – Donny van de Beek, Hakim Ziyech and David Neres.

According to AS, the Spanish giants have already been heavily linked with Van de Beek during the summer transfer window of 2019, but they did not make any concrete steps to try and sign the 22-year-old energetic midfielder. The main reason for that was Zidane’s main interest in Paul Pogba.

Now Ziyech and Neres are being linked as well, as potential targets if Eden Hazard does not improve in the remainder of the season. The Belgian would obviously still remain an important part of the squad, but there are also expectations for Madrid to lose Gareth Bale and wingers will be a necessity next summer.