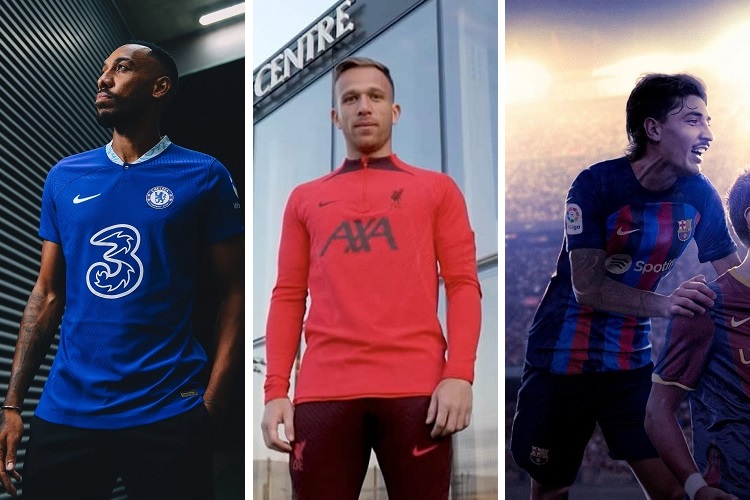 As always, there was plenty of business done on the final day of the summer transfer window, and in case you missed it, we’ve tried to summarize the deals of note.

Chelsea wrap up Aubameyang and Zakaria

Chelsea have managed to boost their attacking and midfield sections with the acquisitions of Pierre-Emerick Aubameyang from Barcelona and Denis Zakaria from Juventus. They also made a late attempt to sign defender Josko Gvardiol from RB Leipzig, but in that matter they were unsuccessful.

Aubameyang was apparently worried about the prospect of dropping completely out of the starting XI at the Camp Nou following the arrival of Robert Lewandowski from Bayern Munich, and the Catalan club themselves didn’t see any point in holding onto him either.

On the other hand, Chelsea needed a striker after Romelu Lukaku and Timo Werner both left London earlier this summer, and paying the reported fee of €12 million plus Marcos Alonso for the player with notable Premier League experience (68 goals and 16 assists in 128 appearances in the English top flight for Arsenal) probably made sense for a team that’s been struggling for goals lately, even if he is 33.

As for Zakaria, he’s arrived to Stamford Bridge on loan with an option to buy from Juventus, where his contract still has four years left to run, but head coach Massimiliano Allegri has no place for him in his plans for the season.

Juventus signed the 25-year-old Swiss international from Borussia Monchengladbach only in January this year.

Speaking of signing midfielders on loan from Juventus, Liverpool have taken Arthur Melo off the hands of the Serie A giants for the season as they struggle with injuries in that department. The former Barcelona and Gremio player could remain permanently at Anfield, providing manager Jurgen Klopp is impressed enough through the season to tell his bosses to fork out the extra €37.5m required to make it happen.

Being somewhat similar in style to Thiago Alcantara, the 26-year-old is expected to act as cover for the Spain international, who is currently out with a thigh problem. Be that as it may, Klopp has one high-level midfielder more in his ranks from this point on, but it’s the summer of 2023 when the six-time European champions are expected to really splash the cash to rebuild the section. It is thought that at this point they’re preparing a strong offensive to land Borussia Dortmund star Jude Bellingham.

While Liverpool are still weighing up the money they might need for Bellingham next summer, Manchester City have landed their second signing from Dortmund this summer in centre-back Manuel Akanji.

The first, striker Erling Haaland, has already taken the Premier League by storm with nine goals in five matches so far, but City have been having issues with injured defenders. Aymeric Laporte and Nathan Ake are currently out of action, with John Stones known to have frequent issues as well, and it seems manager Pep Guardiola saw the Akanji transfer as a move of prudence to add to those names while his team seek to defend their Premier League title.

Interestingly enough, City still don’t have a designated left-back, having lost the race for Marc Cucurella to Chelsea. Benjamin Mendy is unlikely to ever play the game again in light of the ongoing criminal proceedings against him, and Oleksandr Zinchenko has left to join Arsenal.

Idrissa Gana Gueye has returned to Everton after three years with Paris Saint-Germain. Out of favour with PSG boss Christoph Galtier, the 32-year-old Senegal international pushed hard to leave the French capital and was eventually allowed to do so.

His return to Goodison Park has reportedly cost the Toffees around €6m.

Arsenal have surely had a good transfer window, and their position at the top of the Premier League table with a maximum of 15 points from five matches is the perfect indicator that the club and manager Mikel Arteta have finally got a lot of things right.

Nonetheless, the Gunners were in for another midfielder to play a deeper, central role, and to get that wish they made a late push for Aston Villa’s Douglas Luiz. They reportedly had three offers rejected, the last one amounting to a figure of £25m, and they had no mind to pay more than that while Villa still felt the bid too short.

So even though he angled for the move to happen and his contract expires at the end of the season, the 24-year-old will remain at Villa Park for now, and Arsenal will have to settle for the players they’ve already got in their ranks.

Barcelona have strengthen their fullback positions, having previously added heavily to every other section of the squad. The deal that saw Aubameyang join Chelsea also saw Marcos Alonso leave the London Blues through mutual consent, and he’s now set to complete the move to Camp Nou as a free agent.

In a similar move, Arsenal have terminated the contract of Hector Bellerin to allow the former Barcelona youngster to return to the place where it all started for him.