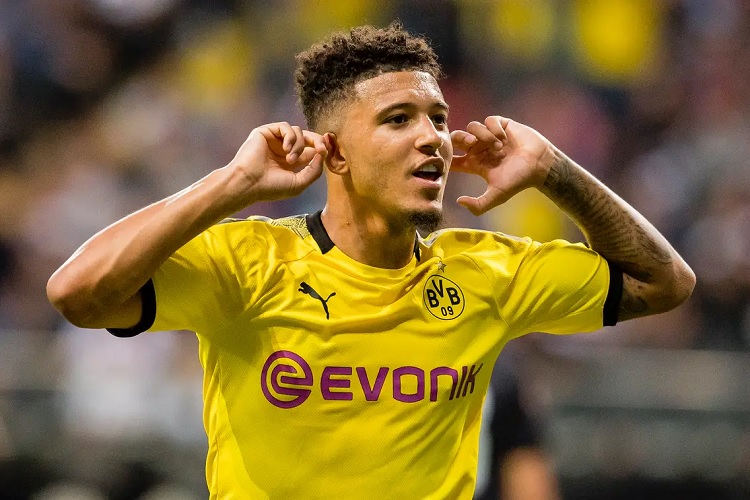 After a year-long saga, Manchester United have reached an agreement with Borussia Dortmund over the transfer of Jadon Sancho, according to a number of credible sources.

The Premier League runners-up will be paying a guaranteed fee of €85 million for the 21-year-old winger, with potential add-ons to take the amount up to a total of €90m. Manchester City, who sold Sancho to Dortmund in 2017 for just under €8m, will receive €13m under the terms of the deal which saw him arrive to the Signal Iduna Park.

Since then, the England international made a total of 137 appearances for Dortmund, scoring 50 goals and producing 62 assists, and helped them win the DFB-Pokal in 2020-21.

The reports of United’s interest in Sancho started appearing over a year ago, and they did make a move for his services last summer, but the offer they were willing to make not only fell well short of Dortmund’s valuation of the player back then (€120m), it also came too late for the Bundesliga side to take into consideration at all.

Nonetheless, United persevered with their attempts and the negotiations started again during the spring. The two sides were still far apart on the price, and it obviously took time for them to thrash out a deal. Dortmund reportedly had a ‘gentleman’s agreement’ with Sancho that they would allow him to leave this summer should their demands be met and he still wanted to go. That has now happened.

All that remains is for the player and his proposed new club to reach an agreement over the personal terms, which shouldn’t be a problem. The medical ahead of the move should follow shortly.